Natural is always better! This is the common opinion of many consumers when it comes to the use of additives such as essential oils, flavours and extracts. But what do these three terms actually mean and is it really true that “chemical” is bad? To answer this question, let’s consider the example of the increasingly popular essential oils and aromas.

Essential oils are the volatile components of plant materials and can be composed of more than 50 different individual chemical compounds. Each oil has a, generally high, concentration of the major components typical of its kind; these have a significant impact on the character and, often, on the effect of the oil. Oils are classified as follows:

Natural:
An essential oil is natural if it is obtained from a defined source plant or subspecies and is not blended with oils from other plants or synthetic additives. This means, for instance, that natural thyme oil must be obtained from thyme only in order to be deemed natural.
Natural oils thus have a unique and very complex composition of very concentrated major components and many unique minor components, often in low concentrations. Despite their low concentration, these are what give the oils their unique character and are therefore considered part of their “fingerprint”. However, they do not guarantee the specific effectiveness of the oil, as not all the ingredients necessarily contribute to its activity and some can even weaken it.

Nature-identical:
A nature-identical essential oil can be composed of natural and/or nature-identical ingredients. This means, for instance, that a particularly rare or expensive oil can be reconstructed from a targeted mix of other natural oils. These may, but need not, also contain individual ingredients of synthetic origin that must in turn only be substances that exist in nature. So the results are not necessarily purely chemical, but a reconstructed mix of different sources, usually for organoleptic reasons. If synthetic substances are used, these must be the same molecules that occur naturally in the plant.

Such manufacturing means, firstly, that quality can be maintained independently from agricultural events (e.g. droughts). Furthermore, there are price advantages to this method of manufacturing as it can, if needed, do without plants that are not widely available, delicate or difficult to cultivate.
A further advantage is that this method of manufacturing can “boost” some ingredients and remove other undesirable ones, e.g. bitter ingredients. On the other hand, the absence of the exclusive ingredients that are often present in natural oils in low concentrations is a drawback of nature-identical oils, as it also reduces potential synergistic interactions.

Synthetic:
Synthetic oils contain molecules that do not exist in nature but have organoleptic properties that are often similar. These are especially used as aromas and flavourings. A typical example is ethylvanillin, which does not occur in vanilla pods, where it is found as methylvanillin. And yet it has the recognisable taste of vanilla.

The question remains: which oil is better?! Unfortunately, the question isn’t easily answered just based on the origin. The decisive factors for the oil’s effect, besides the total quantity of the essential oil (dose -> response, see Paracelsus), are the major substances that can be found, often in high concentrations, in both natural and nature-identical good quality oils. In both cases, these can be combined synergistically and the effectiveness at this point is similar for both.
The unique range of ingredients in natural oils means that these also have potential for further interactions. However, their role and influence on the oil’s effect have not yet been fully clarified. Both positive and negative effects, such as higher toxicity, are known. In contrast, the effectiveness and interactions of many major substances are often already well proven (e.g. carvacrol + thymol + linalool in oregano oil). In addition, these exclusive ingredients are only present in low concentrations, which in itself can relativise their effect.
This means that natural oils, in addition to the effect of the major substances, also have potential for as yet unknown interactions (negative & positive) but, on the other hand, they are generally more expensive and less standardised. So, there is no definite answer to the question of which has the best quality; in the end, economic and scientific factors must be considered to find the best oil for a particular application. 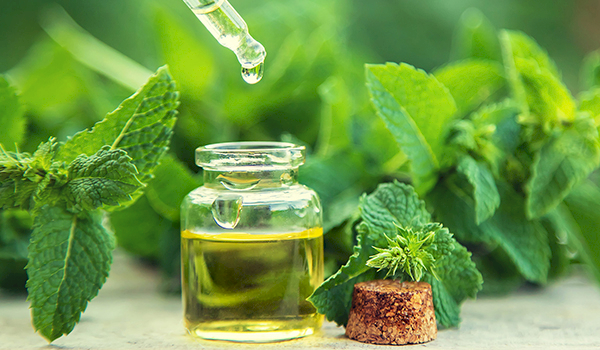